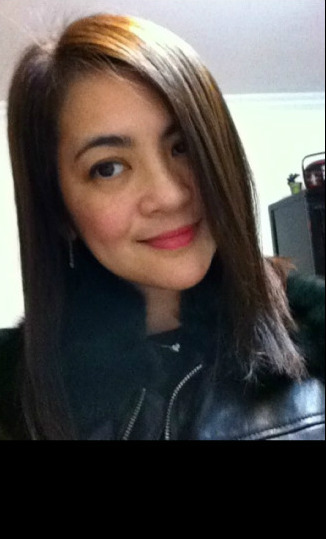 Penee and her husband Andy are leaders in our church in Hong Kong. Her story is one of the miracles and grace of Jesus. Be blessed reading and sharing this with others.

I was married to a Muslim man in my previous marriage in Malaysia ( a muslim country ) I was only 22 years of age. My in laws never approved of us being together right from the start simply because I'm a Chinese. I even had a proper Muslim wedding and went through the "Muslim Marriage Course". I had a baby boy 2 years after my marriage. My in laws did not change their perception of me all through the years. I went through frequent arguments with ex husband, MJ as he was pressured by his parents. My mother in law then told me she will find all ways to break our marriage up. They bad mouthed me all the time. One day in 1997, my Mom became a Christian. Slowly, whenever I had a chance, I followed Mom to church discreetly. I started to find peace in going to church. I felt so loved and accepted.

Later on, many disagreements between MJ and me broke into aggressive arguments. Initially, he threatened to hit me, pull me up the wall etc. Then finally, the day came. He threw me against the wall and floor. I was bruised, scared and worried for my son's safety. He was only 5 years old then. MJ threw my house keys and handphone off the balcony. So I was locked in. He slept with his own bunch of keys in his pocket that night. I remembered I called on Jesus continuously that night. I stole his handphone and call my Mom at 4am and Mom was so worried. Being a single mother and living by herself, she wouldn't dare barge in. My Mommy must be on her knees the whole morning praying for me. By 7am, my son Aaron was ready for school. But MJ locked me in the house. I begged him to drop me at my Mom's place. He refused, knowing that I was badly bruised. With much persuasion he gave in. I believe it was prayer that released me from that locked up that morning.

All I had with me was just what I wore and secretly hid my passport in my undergarment. When I got to Mom's place, I could see the joy in her eyes. We prayed together for a little while and then I left for the police station. MJ went back looking for me later but i never return.

I was hopping from one friend's house to the other for months, hiding from MJ, while sorting out legal matters with the lawyer and police. At the same time, i was working to pay for the lawyers fee. I was already planning for a divorce. I did not get to see Aaron for a few months. I still remember the agony and hurt. But all the time, I knew I was never alone. Jesus was with me. I was also told that I will not be able to get the custody of my child for I was only a convert Muslim. Until the "Restrict Order" was released from the police to MJ, I was not able to meet up with Aaron.

Infact, I was on medication for a few months for being mentally disturbed. Insomnia was an everyday thing and I could not eat well.

I had a good talk with my muslim lawyer one day at his office. I was only a convert Muslim by faith to get married and did not at all surrender my Chinese name ID. He advised me to first change my ID to a Muslim ID and name to a Malay name before trying to ask for a divorce. He also enlightened me of how strict the Syariah Court can be. He added that the Syariah Court will never allow any person carrying an ID in Chinese name to file a divorce from a Muslim man.

I went home with the advices from my lawyer and told my Mom. She reminded me "Our God is able"... In any situation.

So, I told my lawyer to file the divorce. He assured me the divorce will not be approved in court and said it's a waste of time and money. But I persisted. Finally, A date was given to me to appear in court with MJ. By then, we already had an understanding that he will agree with the divorce because he knows he will get the custody of my son and that is a good enough counterblow for me. In a muslim marriage, only the man can call the marriage off.

When I arrived at the outside of the court house, I gave my Mom a phone call and she started a Chain Prayer for me. The members of the church prayed simultaneously for that hour.

I was all ready. I put on the Armor of God and I knew then Jesus was walking by my side. With head held up high, I totally know that all will be well.

My lawyer reminded me the Judge for my case is a problematic and fussy person. At that moment I kept saying to myself " Jesus will never leave me nor forsake me..! I can fight with giants!

When the court room door opened, I walked in after my lawyer. And I saw this most friendly looking face sitting up there, the Judge! He smiled at me and ask me to sit down.

MJ was called to read a statement, then followed by me. Right after, the Judge asked me how much of compensation I needed from MJ. I did not want anything from him so I just said $50 dollars and told him to please take good care of my son. The Judge gave me the widest smile and commented, " What? Why so little?! He laughed a little and made MJ pay me the $50 immediately and said " Divorce Approved ". By then my lawyer's jaw already dropped. He could not believe what he just witnessed.

He told me later it was a history making moment. Never in history did a Chinese get a divorce approved in a Syariah Court! I said only one thing to my lawyer after that, " my Jesus is able ". He looked at me, smiled in disbelieve and walked away..

My next plan was to denounce my Muslim faith. I was recommended to look for a Pastor in another state who fights for Muslims boldly to be Christians. I could not wait to meet him. He helped me compiled my legal letters and submit them to the Commissioner of Oath. I denounced my Muslim faith on that same day and proudly confessed I am a Christian. I have a certificate too! I praise God for sending him to help me.

Although this chapter of my life is all over, deep down inside me, I continue to ask God for forgiveness for He does not approve of divorces. I may not know why I have to go through this but our God assures us of a better tomorrow if we walk right with Him. I trust my Jesus. I always will...

Romans 8:28... And we all know that all things work together for good, for those who love God, who are called according to His purpose..