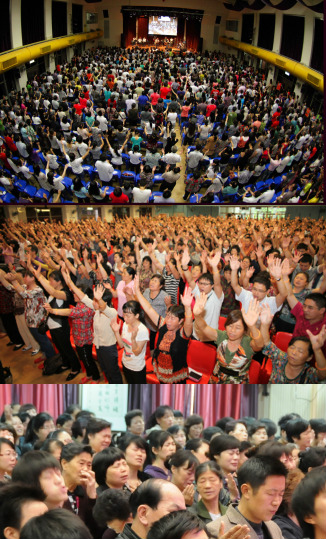 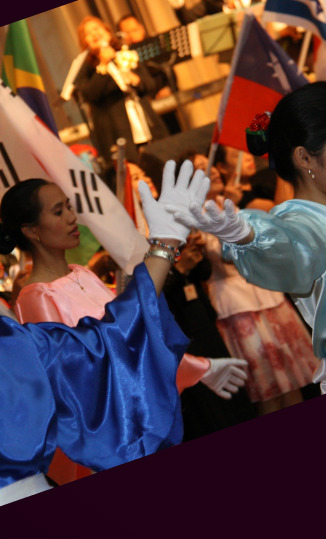 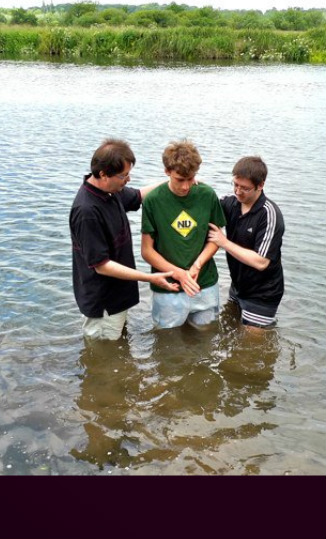 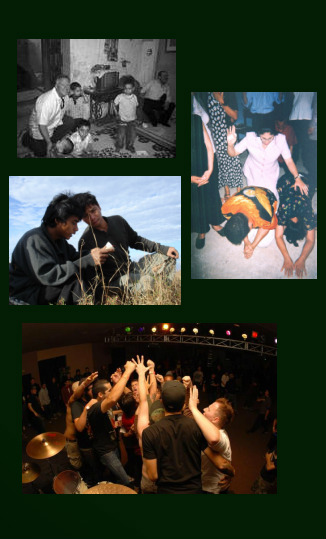 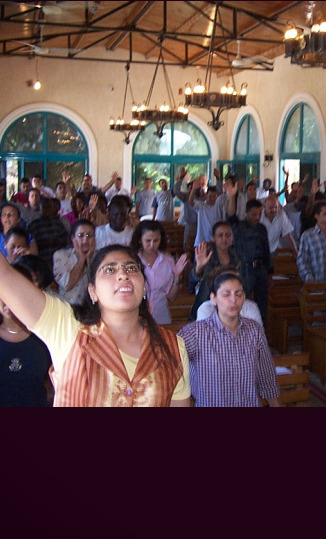 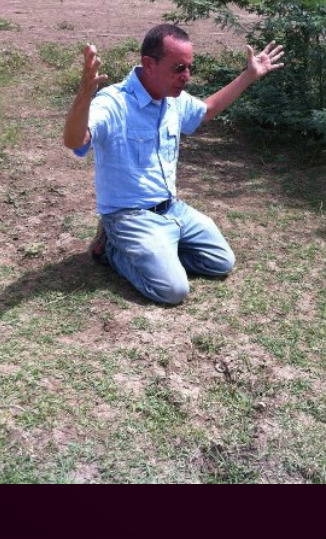 This past year John Malcolm has travelled and ministered in these countries. Some of the meetings have had attendance of over 50,000. All these nations will have followup in 2015 with church planting and projects.

In 2014 Richard Hill (The pastor of Calvary Church Woking, UK and I were able to visit Praise Chapel Seville, Spain, pastored by Jonathan Mckinley. It is one of the most exciting works impacting the art, philosophy and music community in the city.

TYPHOON RESPONSE IN THE PHILIPPINES

Just after the super typhoon that hit the Philippines in Nov. 2013, Calvary Church sent a medical response team to treat and minister to the perople affected in the Philippines. They treated 1,000 people a day. They also brought much needed supplies to the people. Thank you all.

There is a great revival happening in China. In 1986 there were very few true believers in China. Today China is becoming an economic power. Money hasn't satisfied the deep need of man and the Chinese in the millions are turning to Jesus Christ. One city reports 5 million believers in 30 churches. Another city I visited grew from 10 believers when my wife and I lived there to 2 million born again believers. All we can say is MARANANTHA: LORD JESUS COME SOON!

In response to recent news reported by CharismaNews and ChinaAid, here is Pastor Dennis Balcombe’s official statement concerning the event:

I want to thank everyone for their prayers for us. After a day of speaking with authorities in my hotel room, I was allowed to leave with no restrictions placed on me. All the Chinese Christians including the two sisters from Hong Kong who travelled with me are free and safe.

The incident happened on April 20 and the local authorities were probably investigating if the meeting was a cult gathering, as someone had called to report to the police that there was a religious meeting in which foreigners were present. There were only 70 local Chinese in the meeting, but with the recent activities of Eastern Lightning and other cults they wanted to check out the meeting.

The meeting was organized by a local Prayer Mountain ministry located in Nanyang, Henan Province. On the way to the meeting from the Zhengzhou airport, the organizer told us the meeting was safe as they had cleared it with the local authorities. He said recently other Western ministers have ministered to this group with no problems. The meeting was held in a function room of a hotel in Nanyang, and we stayed in the same hotel.

The main purpose of my teaching was to equip the Christians to hold to solid Biblical truths, and to come against evil cults, especially the Eastern Lightning cult. Several weeks ago four of these women cult preachers masquerading as house church Christians from Shenyang came to my office in Hong Kong to ‘convert’ me. I soon exposed their true nature, and as I was taking photos of them (which I eventually gave to the Chinese PSB), they physically attacked me. Just last week the PSB officers visited us in Hong Kong and gave us a DVD and information on how to prevent this cult infiltrating Christian fellowships.

We were invited to speak to authorities in my hotel room in which people from various departments discussed various issues with me. They all said I was a good pastor and preacher (they listen to my sermons on the internet) and our church and the churches we associate with in China are good ‘orthodox Pentecostal churches’. However we had broken the regulations on religion by conducting a Christian meeting of over 30 people not first registering with the RAB.

After one day we went to another hotel in the city on our own. My passport was returned and they told me I was welcomed to come back any time and could preach in Three-Self churches or even house churches, but should notify them before I came for religious activities in Henan.

I plan to take them up on this offer in the near future. Another reason for my visit was to gather information from Chinese Christians for a new book I am writing. In this book I want to document the great revival that has taken place in China resulting in perhaps over 100 million believers. I will especially focus on the work of the Holy Spirit in healing the sick, and empowering people to boldly preach the Gospel.

In 1994 I was detained with six others in Fangcheng County, which is administered by Nanyang. Given that this was nearly 20 years ago, and knowing the greater degree of religious freedoms in other parts of China, I was surprised this would happen to us. However in my discussion with the PSB officials, one of them admitted that Henan still was not as open and free as other parts of China. They also admitted there was a huge Christian population in this part of S. Henan.

Nanyang has over 10 million in population and is very famous in Chinese history, especially in the Han Dynasty. Every Chinese in China is well familiar with the history of Zhuge Liang (181-234), chancellor of the state of Shu Han during the Three Kingdom period, Liu Bei, Guan Yu, Zhang Fei and Cao Cao. After our release from 24 hour detention in our hotel, with other local Christians we visited some historical sites. We also prayed with our Chinese brothers and sisters that they would continue to stand strong as they face pressure from authorities and dangers from cult activities, especially the evil ‘Eastern Lightning’ cult.

Paul Hattaway who wrote “Heavenly Man” also wrote a very informative book on Henan, “Henan – The Galilee of China”. Many of the China Inland Missionaries (now called OMF) under Hudson Taylor worked in Henan, especially in the Nanyang area. This is also where we did much of our ministry in the 1980’s and 1990’s. It is estimated that as many as 15% of the people of Henan (population about 95 million) are followers of Jesus Christ.

Though this experience was not at all enjoyable, it was a blessing and honor to be in the same place where so many missionaries and Chinese preachers labored and gave their lives for the salvation of the Chinese people. Seeing the reaction of the believers I recalled what happened in the Book of Acts after the first major persecution. “And they departed from the presence of the council, rejoicing that they were counted worthy to suffer shame for His name.” (Acts 5:41)

Thanks so much for your prayers for and support of the ministry in China.

***On September 26-29, 2012 I will be in Hong Kong for our first Harvester's Conference. The theme will be "Impacting the Nations." Many of our pastors and workers from throughout the world will be joining us there. We look forward to seeing you at this great event.

***This past Summer 2012, our eldest daughter, Shauna, joined Janet Neville, Ester Lohrke, Diane McKinnis and others for the second women's conference in Egypt. Many Egyptian women were ministered to.

***Larry Neville just returned from Ethiopia, Egypt, Israel, and Turkey. There were many exciting reports from our workers there. REPORT